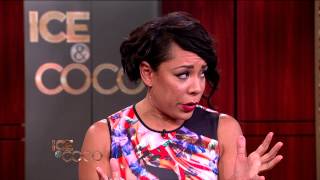 Cuban-born American actress, Selenis Levya, 44, who plays Gloria Mendoza in the Netflix original Orange is the New Black, has proven that talent—not any old, tired, sexist, racist, ageist, Hollywood standards for who is allowed to be seen on TV—is the true prerequisite for being a star. And in addition to her incredible acting, Levya is also a longtime activist, fighting for LGBTQ rights. Levya's real-life sister Marizol is a transgender woman, as is her co-star Laverne Cox,

A new study by Polygraph is out, and it breaks down who is speaking in roughly 2,000 of Hollywood's finest films. With real data, the study seeks to answer the question: Is Hollywood really as sexist and racist as it is often accused of being? (Spoiler alter: yes.) What's especially piqued BroadMinded's interest was this fun chart, illustrating that women in Hollywood are given fewer and fewer speaking roles as they age--while men are the exact opposite, and their lines in